She Captured the Moment—in Vietnam

GCI Photo Committee member Edna Kornberg entered this image in the Garden Club of America national photo contest entitled “What (and Where) in the World!!” This third-place winner was published in the March 2020 issue of GCA’s Focus magazine. The editors wrote: “What a feast for the eyes to see the winners! You, our readers, cast the votes to choose your favorites among the gorgeous images inspired by the work of the GCA Visiting Gardens Committee. They are stunning photographs and represent all the corners of the globe traversed by GCA.” Edna’s photo was shot in Vietnam, where these youngsters care for (and carry on their backs) their younger siblings.

She Seized the Day

GCI Photo Chair Harriet Kelly entered this photo in “Seas the Day” and the class was “Summer Play.” It won a first-place award. “This is my grandson Will playing in the surf in Ocean City, New Jersey,” says Harriet. “What’s interesting about this photo is that I’d first entered it in another show in B/W. The class was ‘Reflections.’ It won a second. I reprinted it in color to enter ‘Seas the Day.’ It used to be that if a photo had not won a first prize in a GCA Flower Show, you could reprint it and enter it again. Keep in mind that the new rule is that no photo that has been entered in any show cannot be shown again, even if it didn’t win anything.”

6-20-12  The flower show was called “On Parade” sponsored by the Little Garden Club of Columbus, Ohio. The class was “Natural Beauty in a Public Garden.” And the Honorable Mention went to Harriet Kelly for her photograph of Rocky Hills in Mt. Kisco, NY. “Shot with my trusty Canon Power Shot,” says Harriet.

6-17-12  Congratulations to Photo Chair Harriet Kelly on her Honorable Mention for her photograph of color blossoms at the photography show at the Zone meeting hosted by the Philipstown Garden Club. The theme was “Blooming Blossoms,” and the shot, taken in late April, is of golden delicious apple trees at Wilkens Farms in Yorktown Heights. 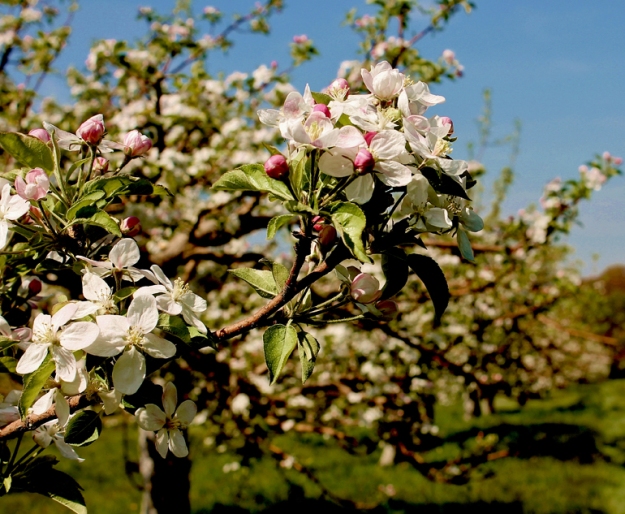 6-11-12  Deb Flock took this shot in Old Westbury Gardens on the GCI field trip in June, 2011.  It received an Honorable Mention in the  “Unlocking the Witte” show hosted by the Alamo Heights-Terrell Hills Garden Club, Zone IX (Texas) in the “Make an Entrance” class. The Witte is San Antonio’s museum of South Texas history, culture and natural science. 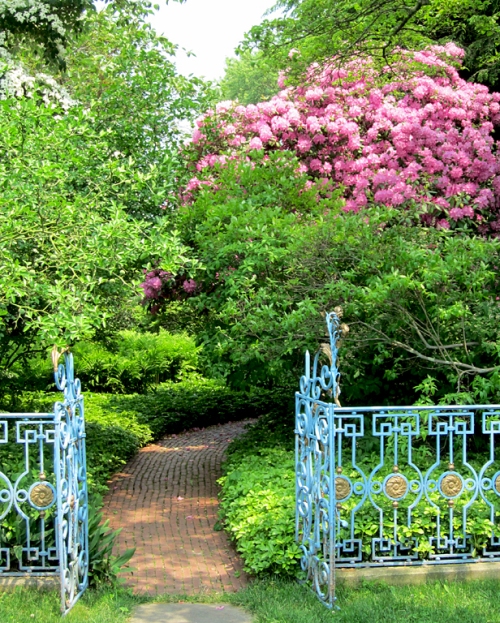 3-25-12: Winners were announced in the “Bounties of Black Gold” GCA flower show sponsored by the Magnolia Garden Club of Beaumont, Texas. GCI photo chair Harriet Kelly took Second Place in “Class 1 – Iron Sculpture” with this black-and-white image of the Croton Reservoir Bridge on the Taconic Parkway.“I had 10 seconds to take the shot before the traffic came up behind me,” says Harriet, who took the photo with her Canon Power Shot — through the windshield! Southern Literature was the theme of the upcoming photography competition displayed at GCA’s 2012 Annual Meeting in Savannah, GA. Harriet Kelly’s landscape was selected as our club’s entry.

A Rose Is a Rose

All GCA garden clubs in New York entered photographs in the “New York State of Mind” competition to choose the winning shots to be displayed at 24 x 36″ at the next GCA annual meeting. Deborah Flock’s evocative shot of a rose, taken at Lyndhurst on a rainy day in mid-September with a Canon Digital Rebel XT camera and a Tamron 28-300mm lens, was chosen as GCI’s entry. It received an Honorable Mention!

Ellen Shapiro’s photo taken after a January storm in Isla Mujeres, Mexico, won “Best in Show” at the September, 2o11, “Namaste” flower show sponsored by the Little Garden Club of Rye. The category was called “The Road Less Traveled.” It was shot with a Leica D-Lux 3 digital camera. Renee Shamosh garnered an Honorable Mention at for her “Reflections” shot of a lily pond taken with a Canon Powershot during the Shirley Meneice Horticulture Conference last October at the Birmingham Botanical Gardens, Birmingham, Alabama.

A Double Winner at the Lenox “Then and Now” Show

The theme was “Looking into the Future: a Plant Close-Up.” and GCI member Ellen Shapiro received a Red Ribbon (Second Award) for her photo of a portulacaria, which was shot at the 2010 GCA Annual Meeting flower show in New Brunswick, NJ. This succulent was a double winner: in a horticulture class and then a photography class. The “Then and Now” flower show was held in Lenox, MA, on September 16.

In the “Locally Grown” class of the photography division of Milbrook Garden Club’s  “Country Life” Zone III flower show, GCI member Doreen Ruff garnered an Honorable Mention for her evocative portrait of a white Anemone x hybrida ‘Elegans.’ It was shot in Dori’s back yard in a late August afternoon with a Canon Powershot point-and-shoot camera. This was Dori’s first photo entry. Congratulations!

GCI Photography Committee Chair Harriet Kelly has started a feature at our regular business meetings, “Grow and Tell,” at which members post photographs of their own gardens—or of plants, gardens and landscapes that intrigue them.

She writes of one of her winning photos, below: “This is the garden at Underscar in England’s Lake District, where we have a timeshare, won the blue ribbon at the Zone III meeting in 2008. The class was called ‘A Garden Gatescape.’ The judges’ comment was: ‘Pleasing and inviting composition.’”